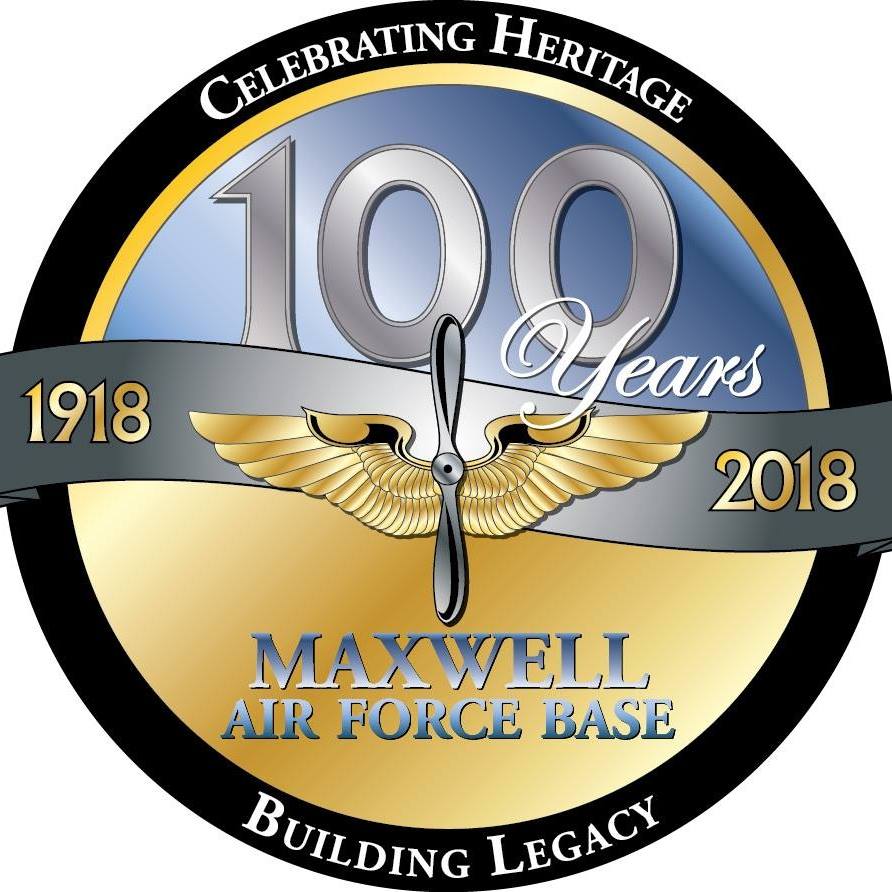 Maxwell Air Force Base and Gunter Annex are on the outskirts of Montgomery, Alabama’s state capitol. The base is approximately 80 miles south of Birmingham and is home to Air University, among other missions. This area is rich in aviation history, including ties to the Wright Brothers.

Find information about Maxwell Air Force Base and Gunter Annex in Alabama, including the main commercial and DSN numbers for the base, information on basic services, base transportation, lodging for TDY and PSCing personnel, and inprocessing.

Maxwell Air Force Base is formally known as Maxwell-Gunter Air Force Base. It is located on the site of a major milestone in aviation history-the Wright Brothers’ first civilian flying school. Maxwell AFB is famous in military circles for Air University, which operates under the Air Force’s Air Education and Training Command.

Air University runs the Air Force Officer Training School and the Air War College, among many others (see below). The 42nd Air Base Wing is Maxwell’s host wing; Maxwell-Gunter employs about 7,000 military, civilians, and government contractors.

Gunter Annex is home to the 42nd Air Base Wing and is a separate installation. Like Maxwell, it got started as Gunter Field, later closing runways and being renamed Gunter Air Force Station. Long after the time it became Gunter Air Force base (in the 1980s) Gunter was consolidated with Maxwell Air Force Base to avoid being targeted by the Base Realignment and Closure Commission (BRAC) in the 90s.

There are plenty of other missions at Maxwell-Gunter, including the Air Force Reserve Command’s 908th Airlift Wing under Air Mobility Command. The 908th AW has the distinction of being the only flying unit on the installation.

The Air Force Reserve Command’s 908th Airlift Wing is a tenant unit and the only operational flying unit at Maxwell. The 908th AW and its subordinate 357th Airlift Squadron operates eight C-130H Hercules aircraft for theater airlift in support of combatant commanders worldwide.

As an AFRC airlift unit, the 908th AW is operationally gained by the Air Mobility Command. Maxwell AFB also houses Federal Prison Camp, Montgomery, which is described as a “minimum security facility for male inmates” on the Maxwell AFB official site.

Maxwell-Gunter Air Force Base occupies the site of the first Wright brothers’ civilian flying school. The base has a long history, starting off as a World War One Army Air Service repair center. In the 1930s it served as the Air Corps Tactical School in the 1930s, evolving into Headquarters Southeast Air Corps Training Center during World War Two.

At this time the base was responsible for operational training for all Army Air Forces needs in the eastern part of the country. Once the war ended, Maxwell found itself as the home of Air University, which trains enlisted members and officers to this day.

Maxwell Air Force Base got its’ name in 1922, (then known as Maxwell Field) honoring Alabama native Second Lieutenant William C. Maxwell. He died on duty in the Philippines in 1920 trying to land his aircraft in a sugarcane field to avoid a group of children nearby.

Gunter Annex started as Gunter Field, named after Montgomery Mayor William Adams Gunter (1871–1940). Gunter was a pro-aviation force in the area, one of the people responsible for Montgomery Municipal Airport in 1929.

In 1940, the Commandant of the Air Corps Tactical School at Maxwell Field selected the Montgomery Municipal Airport and the surrounding area as the location for a new flight school. In 1948 the area was designated Gunter Air Force Base.

Several other re-designations occurred in the decades to follow, but the biggest change came in 1992 when Gunter was annexed to Maxwell Air Force Base to avoid closure or realignment via BRAC directives intended to save money and consolidate military bases.

Maxwell-Gunter AFB is closest to Montgomery, Alabama which is the state capital. Montgomery is famous for its’ historic role in American civil rights; it’s the site of the Montgomery Bus Boycott, and the march from Selma to Montgomery that Dr. Martin Luther King, Jr. participated in.

Montgomery is home to the Rosa Parks Library and Museum, and is also known for championship golf courses, and the River region of Montgomery has gained a reputation for being the sports capital of Alabama. The Montgomery Zoo is a family-oriented destination for locals and tourists alike, featuring the Mann Wildlife Learning Museum.

Sports-minded visitors should consider The Multiplex At Cramton Bowl, a multi-purpose facility boasting 70,000 square-feet of volleyball courts, six tennis courts, two soccer fields, and much more. Another premiere destination is the The Montgomery Museum of Fine Arts, which features art and culture from all over the globe, spanning many centuries.

In-processing and check-in procedures for Air University students is handled individually by the school attended-it will be necessary to request check-in details from the school directly.

Those PCSing to Maxwell-Gunter during duty hours will report to their respective units or schools. After duty hours, check in with Base Lodging until your Commander’s Support Staff is open on the following duty day.

Maxwell and Gunter in-processing procedures are handled by the unit commander’s support staff. Permanent party military members are required to bring all hand-carried documentation and orders from the previous base including medical records, finance records, etc.

The service member will be scheduled to inprocess by the commander’s support staff (CSS) including a Personnel Records screening, completion of travel vouchers and resolution of any military pay issues. CSS is also responsible for scheduling new arrivals for Right Start in-processing procedures.

Base policy for visitors, according to the Maxwell-Gunter AFB official site is as follows:

“Access to the installation is determined upon positive identification of an individual via a valid, unexpired, State or federally issued photo identification card and a valid DoD sponsor. All visitors entering Maxwell/Gunter AFB will be vetted via a background check through NCIC or ALACOP prior to being granted unescorted access via a DBIDS visitors Pass.”

DoD-certified and National Association for the Education of Young Children-accredited CDC care is available for ages between six weeks to five years or whenever the child is due to begin Kindergarten. There is one CDC facility located at Maxwell and another CDC facility at Gunter Annex.

Both Child Development Centers operate from 6:30 a.m. to 5:30 p.m., Monday-Friday. All programs are closed on federal holidays.

On-base comprehensive medical services are offered by the 42d Medical Group. call 334-953-3368 / 800-237-3229. There are 4 hospitals in the Montgomery Area that provide a full range of medical care and emergency services. TRICARE Online should be used to schedule appointments, and appointments can be made by phone at 334-953-3368 during duty hours.

Urgent care, defined as an illness or injury which is “serious enough to seek health care right away, but not so severe as to require emergency room care” is available on-base, but emergency care is not.

There is a single U.S. Department of Defense Education Activity Elementary School on Maxwell AFB open to 4 yr old preschool students through 8th grade and is restricted to those who reside in permanent housing on Maxwell AFB and Gunter Annex. For more information contact the School Liaison Office at 334-953-3799.

Housing at Gunter-Maxwell has been privatized and is operated by Hunt Companies, a national real estate services company. Military members have the option to live on or off-base. To learn more about Maxwell-Gunter family housing options, visit the official site.

For single, unaccompanied military members, Maxwell-Gunter housing policy includes providing on-base housing for Airmen in the ranks of E-1 to E-3 and E-4 with less than 3 years of service. “Each Airman is provided a private sleeping room, furnishings, bed linens and supplies required for comfortable living” according to the Maxwell-Gunter official site.

Unaccompanied E-4s or greater than 3 years of service and above are required to find housing in the local community.

Military members who are coming to Maxwell-Gunter AFB on Permanent Change of Station orders are authorized 30 days in temporary lodging. Those PCSing out of the area are authorized seven days. Extensions are considered on a case-by-case basis and are not guaranteed.

The base features 41 temporary lodging buildings and 2,300 rooms, but during peak school and PCS seasons, it may be necessary to check availability farther in advance than usual.

ITT (Information, Tickets & Tours) is responsible for base transportation service from 5:00 a.m – 9:00 p.m. Monday through Friday and 7:00 a.m. – 7:00 p.m. on weekends and holidays. Maxwell-Gunter AFB has no regular base taxi service from the Montgomery airport to the base and no shuttle buses operate.

Those traveling to the base on PCS or TDY orders may need to pay for a taxi to the base and list that trip as a travel expense on a travel voucher for reimbursement.

Base decals are no longer a requirement to drive on Maxwell-Gunter AFB, but there is a 100% ID-check policy at all base gates. Those who drive vehicles as state residents must meet all Alabama state vehicle registration requirements, but active duty military with current vehicle tags from other states do not need to re-register.

All vehicles registered in name of military dependents must be registered in Alabama within 30 days of arrival. Vehicles manufactured before 1975 require bills of sale or “other evidence of ownership”. Vehicles made after 1975 must have certificates of title.